“Patchwork of Urban Narratives” is an exploratory project that revolves around the city’s mental infrastructure, a city that contains everything. This investigation takes place in three cities: Mostar, Beirut and Stockholm.
Projection took place in Beirut dec 2014 at Station and for 6 weeks in Stockholm in Jan 2015. 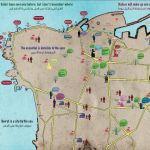 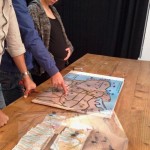 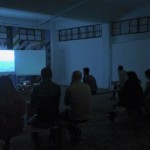